For years, I had been deepening my connection to my own sexuality, and during that time, I became curious about becoming a sexual healer. I searched tantra sites online and messaged a woman in Portland, Oregon named Ellen, who called me immediately. After a short, enthusiastic video chat, she invited me to her home for lunch.

Ellen was an awesome combination of motherly warmth and badass Buddhist sex goddess. I felt at ease as she walked me through her earthy but sparkling clean, tastefully decorated house that was blessed with an abundance of plants, crystal bowls, a meditation room, altars, and sacred-feeling wall hangings and statues. Her backyard Zen garden had a fountain. The healing room where she saw clients was regally wrapped in golds and rich, sensual burgundy, and featured a very impressive, double-wide massage table.

After we ate lunch, with a twinkle in her eye, Ellen said, “Would you like to take a bath together?” I smiled and nodded, excited and curious about what it would be like to bathe together. Her bathroom had a huge, majestic tub that sat in a sun-filled nook surrounded by vibrant jungle plants.

Luxuriating in her massive bathtub-palace, we talked and laughed together like ancient friends. It was playful and sexy, though not sexual. We didn’t touch; the feeling between and around us was more of radiance and beauty. I embraced the experience as a sacred initiation ritual.

During our bath, Ellen’s face lit up when a call came in from a favorite client wanting a session that afternoon. As they talked, she looked at me with excitement and asked him if he’d enjoy an extra pair of hands in his session. “Great!” she exclaimed. “We’ll see you soon!” She hung up and grinned widely at me. “He’ll be here in a few hours. I knew he would say yes!” Elated, she continued, “Hassan is the perfect first erotic massage client for you! What a synchronicity that he would call right now. I haven’t heard from him in months.” We got out of the bath and dressed, feeling happy and excited, like teenage girlfriends.

Hassan was a young, tall, Syrian storybook prince, with the longest, thickest eyelashes and the biggest, roundest eyes. Wowza. As we checked in, sitting in chairs and sipping tea, I energetically leaned towards him, wanting to be absorbed into his rich, masculine aura. Ellen asked about how sex was going with his wife, and he complained that recently, he had been coming too quickly.

After the intention to extend arousal was established, Hassan undressed completely and climbed up onto the massage table. Ellen chose a favorite playlist, and ethereal music filled the room. Then she took her clothes off; so I dropped mine too. She stepped close to me and said in a deep and serious tone, “Every time I put my hands on a client, it is with great devotion. I fill with the awareness that this could be the last body I ever touch, or the last time my client is ever touched.”

I definitely found the right mentor.

The handsome prince lay face-down, his body a sensual landscape. Ellen placed one hand along the valley between his perfect, round cheeks and reached the other up between his thighs, gently cupping his penis from underneath. She said that was how she usually started with her male clients; it was very calming. Then, she climbed up and draped her body softly over his, her head resting between his shoulder blades. It looked so sensual and relaxed, and he released a loud sigh. After a long minute, she slid off him and we moved into a four-handed massage. I shifted my weight down through my hands, rocking his broad shoulders as Ellen worked circles in Hassan’s beautiful buttocks, and then, like a dance, we began slowly circling the table, both of us touching him everywhere, gliding oily hands and arms along his muscular curves. Watching her cues for timing and location, I moved with intuition, attuned to my inner melody. Hassan moaned gratefully. Ellen smiled steadily. I was ecstatic.

After some time, she invited him to roll over. He was erect, and I felt drawn to touch his penis. Ellen gave me a smiling nod. I placed one hand on his cock and the other on his heart, connecting his “love muscles,” as I had learned from the educational videos on www.eroticmassage.com. Then, I moved both of my hands to his penis to “open the gates,” another one of my new moves, using my thumbs to make circles on his frenulum. He looked suddenly fearful and said, “Oh no, that will make me come right away!” Whoops!

I stopped, pulled my hands firmly down his thighs, and he got softer. Phew! I returned to his cock, this time moving more slowly. Touching his smooth body was delicious, and I felt excited for the chance to practice the techniques that I had learned from the erotic massage videos. (I was single, and had most recently been in a ten-year relationship with a woman.) I slipped into a groove, tenderly pouring love into his cock while Ellen made long strokes up and down his body. At one point, I slowed my hands, cupped his testicles and with the other hand, held his erection firmly. Hassan’s eyes met mine and the world paused. I was hypnotized, and wanted to kiss him, and to be touched by him. I hadn’t expected to feel desire, and I didn’t know the rules. Was touch only one-way? How far did Ellen go with clients? How did her own pleasure fit in?

We gazed at each other for an extended moment and my heart burst open with love. Hassan’s face softened and he asked gently if he could have my breast in his mouth. I looked to Ellen, and felt relieved by her loving nod. I stepped closer to offer him my breast. His big lips buried into the flesh around my nipple, where he kissed, sucked, and moaned.

Completely turned on, squirming, and barely able to stand on the ground, I said out loud, “Whose massage is this?” But soon, Ellen noticed the time and whispered into the air that we needed to start wrapping up. Hassan’s big eyes looked troubled, and he said, “Can we do just one more thing?” He looked at me. “Can you make me come?”

Enthusiastically, I replied, “I can try!”

I moved my oiled, loose fists, hand over hand, from the tip down the full length of the shaft, doing a move called “Perpetual Penetration.” In just a few moments he came, a lot, all over both of us. It was glorious. We spent one final moment looking lovingly into each other’s eyes. Then, he closed his eyes and Ellen covered him with blankets. I skipped away, laughing and feeling sexy, to wash my hands—and arms!

I went back to visit Ellen a few more times. We spent long, sensual afternoons lounging around and eating delicious food while she shared lesson-filled stories about her experiences as a sexual healer. She always scheduled a clients when I came to visit, and I loved working with her.

I was being initiated into a very special tribe of undercover sexual healers. It seemed like the most important job in the world. 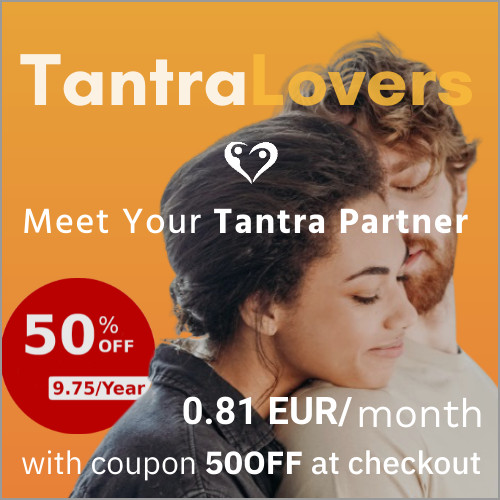 We would like to show you notifications for the latest news and updates.
Dismiss
Allow Notifications
Join our list